Jayson is committed to helping every student improve their lives, both inside the academy, and in life. As a competitor, he learned that self-discipline, work ethic, and smart goal setting can help you achieve anything you want in life. As an instructor and father, he has learned that patience, creativity, and attention to detail can help other’s reach their full potential. Jayson has a passion for self-improvement and helping others reach their goals. Through his years of experience and research, Jayson has written several programs on the proper ways to diet, improving mental strength, setting and achieving goals, how to cope with adversity, overcoming and learning from failure, training for competition, and how to achieve overall happiness.

Jayson’s martial arts journey started in Taekwondo at four years old. He started wrestling in high school and continued at the University of Central Florida where he was a 2x All American (helping UCF win 2 National Championships) while earning a degree in Social Science Education. He began training Brazilian Jiu-Jitsu at the UCF Jiu-Jitsu club in 2004 and later transitioned into fighting professional Mixed Martial Arts (MMA). Jayson trained MMA and Muay Thai Kickboxing for over ten years. Later he shifted his focus to competing in the IBJJF, ADCC, FILA, & UWW World Championships in his quest to be a World Champion.

Marcio Pimentel is a world class intructor that has coached Olympic athletes and UFC Champions. Marcio has dedicated his life, first, as a Judo and Jiu-Jitsu athlete and currently as an instructor of the martial arts and high level conditioning coach. He began training Judo when he was 7 years old and Jiu-Jitsu around the age of 20 at Carlson Gracie Academy. He earned his Black Belt in Judo in 1987 and is a 3rd degree Black Belt in Brazilian Jiu-Jitsu under Murilo Bustamante.

He graduated with a degree in Physical Education, specializing in training, strength planning and conditioning. The combination of martial arts knowledge and higher levels of education have allowed Master Pimentel to help young students improve their lives both on and off the mat.

Some of the world renowened athletes Marcio has trained include:

Will started training at American Top Team in 2008.  Will is a Professional Fighter, and he is currently a Black Belt in Brazilian Jiu Jitsu.

Jenessa “Nessa” Soto started training at American Top Team in 2014.  She is currently a Brown Belt in Brazilian Jiu Jitsu.

Brandon “Maui” Pureza started training at American Top Team in 2020.  He is currently a Blue Belt in Brazilian Jiu Jitsu.

Joshua Baker started training at American Top Team East Orlando in 2018.  He is an Army veteran who has trained in Army Combatives. Josh lost 40 lbs. He has attended the Origin BJJ Immersion camp.  Josh loves teaching the kids classes and helping others. 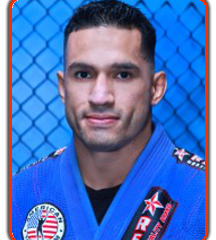 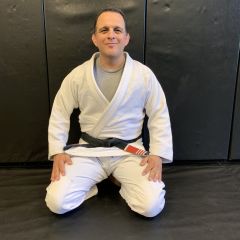 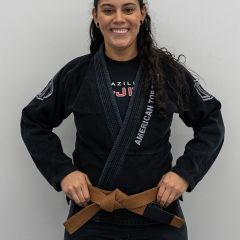 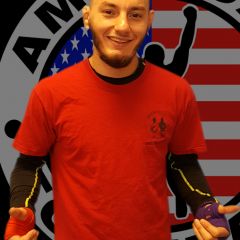 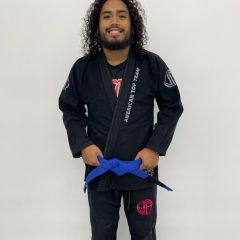